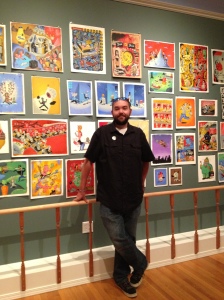 A native of rural New Hampshire and graduate of Rhode Island School of Design (BFA, Film/Animation Video – 2005), Thomas moved to Los Angeles and immediately began working in the film and television industry. His visual arts background proved valuable in both production and post production, winning him the respect of his peers and even some accolades as an editor (Emmy Honors, Tele Awards, etc.).   His works have aired on networks such as NBC Sports, Discovery Channel, History Channel, Travel Channel, National Geographic Channel and the Science Channel. The most notable shows in Thomas’ resume (with viewership in the millions) are “The Deadliest Catch”, “Ice Road Truckers”, “Axmen”, and “Ultimate Survival Alaska”.

Beyond Thomas’ television resume (well over a hundred hours of programming), his passion is with sharing thought provoking and spiritually positive messages through the medium of film and video.  When his friend Dr. Salo Stanley, and his wife, Jennifer Durant, introduced him to the power of Sound Baths and Sound Healing sessions, Thomas immediately felt compelled to find a way to share his experience with the world by bringing the experience to viewers.

During the course of filming, the documentary has evolved from a simple explanation about what sound healing is and it’s benefits, but also the growing social understanding that our stressful environment (self perpetuating), has created illness and dis-ease in our bodies.